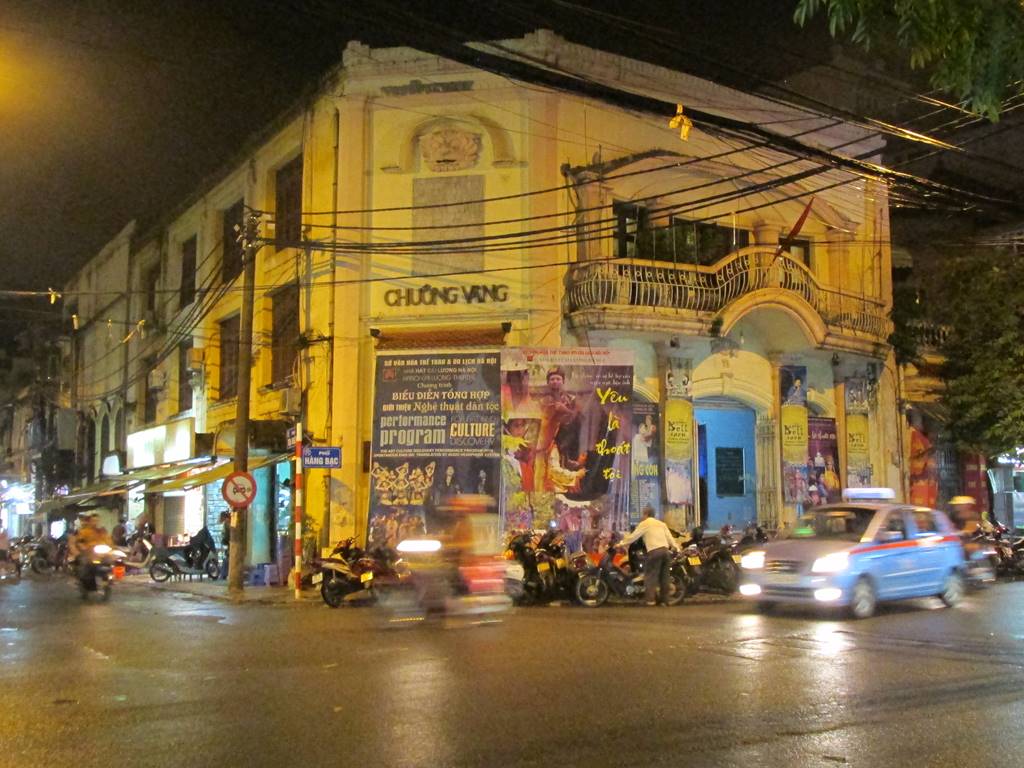 Hang Bac Street is one of the street inside Hanoi’s Old Quarter area, as its name, Hang Bac is very famous with traditional silver processing and many sliver store along the street. This street was call “Rue des changeurs” (the street of exchange money) by French during the French colonial (the ends of 19th Century) because sliver was use as official currency and accepted widely beside French Indochinese piastre. The street was named Hang Bac since 1945 until today.

Hang Bac Street belong to Hang Bac ward, Hoan Kiem district. Total length of the street is 500 meters and run from west to east. It begins from a crowded cross make up from Hang Ngang, Hang Dao and Hang Bo. Hang Bac Street finish after running further to the east until it meets Hang Man Street. Hoan Kiem Lake is about 0.3 kilometers away from Hang Bac to the north.

Based on the contents recorded on the stele placed in Dung Han temple (No 42 Hang Bac Street), the first silverworker was a man name Luu Xuan Tin during Le dynasty (1428–1527). At the beginning, King allowed him to open a workshop to processed small pieces of sliver as an official currency which ordered by Imperial Court. After few years, demand of the Court increased thanks for developed of trading and economic in Thang Long citadel, he decided to move his family to Thang Long to extended his workshop. Not long after that, his neighbor followed him and turned one into a whole street with many sliver store and workshop. 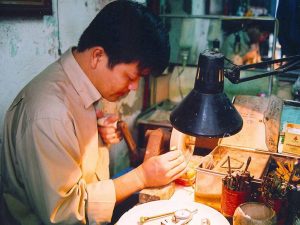 Hang Bac Street still retains its traditional gold and silver industry until today. Mostly all the store in this street is a workshop which provide many kinds of jeweler such as earrings, bracelets, rings, rings, necklaces e.g. New and modern designs, patterns are created with traditional techniques. Though using machines has now become popular, sliverworkers still using handy special technic that not easily to replaced. The skillful hands of craftsmen create unique products costing several thousand dollars.

At present, many gold and silver store open not only in Hang Bac but some other street in the city, but connoisseurs or travelers still want to go to Hang Bac to search or tailormade their own and unique silver jeweler.