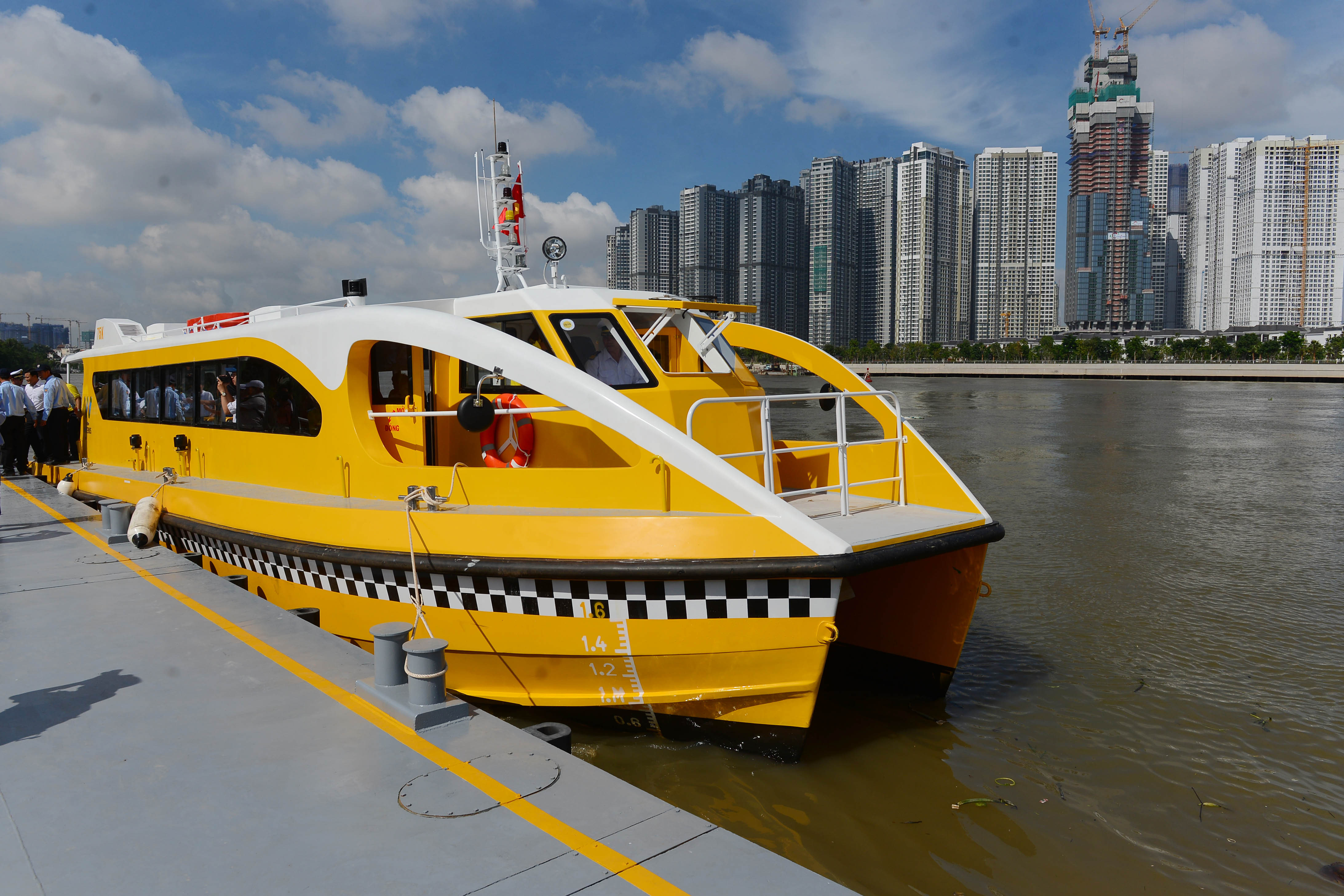 Saigon’s first river bus was delayed until the ends of November according to local authorities while no one knows if this latest deadline is realistic.

As the plan, the first line will run from Bach Dang Wharf in District 1 to Linh Dong Station in Thu Duc District, passing through District 2 and Binh Thanh District, with 10.8 kilometers long.

The trip take half of hour with 12 stops in total, and help passengers to save one third of time compare to travel by road and costing just VND15,000.

“Because it is the first river bus, we wants to make sure the service is as user-friendly and convenient for passengers as possible” explained by the city’s transport department.

However, the only passengers to have experienced the service thus far are those recruited by the city for two test runs.

River bus services might help to reduce road traffic and attract more tourists thanks for more than 1,000km of inland waterways in Saigon.

A second route from Bach Dang Wharf to District 8 is scheduled to open in early 2018. The two routes are said to have cost an estimated VND120 billion ($5.28 million).

In September, the city also agreed to a plan tabled by a private firm to add three more routes connecting the city’s downtown with the outlying districts of Can Gio and Cu Chi, as well as the stunning Con Dao Island, which is administered by the southern province of Ba Ria-Vung Tau and lies 230 kilometers (143 miles) away from Saigon.